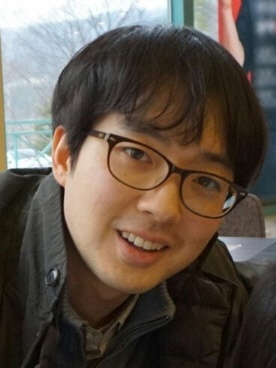 I am an associate professor in the Department Of Computer Science at Hanyang University.

I’ve been interested in a wide range of topics about various types of movements and their underlying mechanisms, in from virtual environment to real-world.

Learning control policies for virtual characters / physical robots
Although character control technology has made great strides in recent years using deep reinforcement learning, we’ve never seen a game with fully simulated characters. Even state-of-art controllers cannot deal with every situation a character might meet and are not enoughly robust to be employed by such real-time interactive commercial products. I believe there is much room for improvement of those techniques.

From global IT companies to general public, robots are getting more attention these days. Among various robots, I have a major interest in humanoid robots, as they are human-friendly and can use human tools. Based on my experience on controllers in virtual world, I’m doing research on the learning of control policies for real-world robots with a focus on the naturalness of motion that can be related to efficiency and safety.

Simulating human body / movement mechanisms
Recent progress of simulation / control techniques allows us to further understand humans. For example, we can simulate human walking with musculoskeletal system and estimate importance of each muscle. This approach can be valuable for relevant areas such as biomechanics or medical field. More understanding of humans also allows us to enhance movements of virtual characters or humanoid robots.